Human-animal interaction as a type of autism intervention

An innovative form of animal assisted therapy (AAT)—the use of service dogs for children with autism— is gaining in popularity since these specially trained dogs appear to rapidly reduce the children’s impulsivity, self-harm, mood swings, and social isolation through specific actions such as retrieving the child (when s/he are not tethered), crawling on the child to calm him/her, alerting parents, and responding to the child’s verbal commands. These service dogs are unique since they are trained to interrupt perseverating or self-stimulatory behaviors by nudging the child, for example, to break the child’s concentration and redirect the child’s focus. The relationship between a child and his/her dog may also act as a bridge to meaningful human relationships. The non-threatening nature of the animal appears to act as a social buffer and catalyst, which has important implications for the treatment of children with autism (Burrows, 2005). Though the specific reasons for self-stimulatory behaviors remain uncertain, it is suggested that self-stimulatory behaviors may result, in part, from an over- or under-responsiveness to sensory information and typically occur in stressful situations as a means of coping with the anxiety (Sams et al., 2006). Redefer and Goodman (1989) proposed that dogs offer a multisensory experience that overcame the children’s inhibited sensory arousal levels and that the actions of a dog, both simplistic and repetitive, are easy nonverbal acts for the children to decipher. Dogs have been found to be especially useful for children who struggle to communicate or interpret social cues due to dogs’ heightened ability to interpret human gestures and facial expressions, as well as their capacity to gain children’s focus and offer feedback that is far quicker, predictable, and more easily understood than humans (Prothmann et al., 2005; Prothmann et al., 2009). However, empirical research of AAT’s specific effects on children with autism is sparse.

Our research aims to identify the degree to which specially trained service dogs modify behaviors specific to children with autism.  These service dogs are trained and provided by Wilderwood Service Dogs (located in Maryville, TN). Since August 2005, Wilderwood has trained and placed approximately 30 dogs for children with autism throughout the nation. Wilderwood’s director applies her 11 years of experience as a psychiatric nurse and lifelong commitment to working with animal-assisted therapies to training specialized dogs for children with autism. Wilderwood’s advanced dog trainers have extensive canine experience in search and rescue, law enforcement, and competitions. Wilderwood has received national media attention (e.g., winner of CVS’ nationwide “For All the Ways You Care” contest, Good Morning America, Extreme Home Makeover) as well as local recognition through various newspaper articles and the American Red Cross “Local Heroes” award.  Families scheduled to receive a service dog for their child with autism from Wilderwood Service Dogs travel to Maryville, Tennessee to receive their dog and complete a week of training. The parents gave informed written consent for their children to participate in this study. Participation in this study was voluntary and withdrawal from this study or a refusal to participate had no bearing on participants’ relationship with Wilderwood Service Dogs. These studies are approved by Maryville College’s Institutional Review Board.

Baseline (prior to receiving a service dog) and follow-up evaluations (every 6-12 months following the introduction of the service dog) of 12 children were conducted by means of a parent-report inventory, the Pervasive Development Disorder Behavior Inventor (PDDBI) (Cohen & Sudhalter, 2005). This caregiver-report rating scale is designed to assess responsiveness to intervention in children with autism. This scale is distinct since it measures changes of adaptive and maladaptive behaviors over time which is necessary for measuring children’s response to novel intervention.  The subscales are organized on dimensions of approach-withdrawal (maladaptive behaviors) and receptive/expressive social communication skills (adaptive skills) and yield an overall autism composite score.  Of these 12 children, we collected: 1) one-year follow-up data for two children (1 male, 1 female); 2) 6-month and 1-year follow-up data for 2 children (1 male, 1 female);  3) and a 6-month follow-up for two children (2 males). For the remaining six children, we collected baseline data and are awaiting their follow-up evaluations. At the start of this pilot study, we only established 1-year follow-ups. Soon thereafter, we adjusted our schedule to include 6-month follow-ups for all participants; due to this change in our protocol, two participants have only a 1-year follow-up.

To be included in this study, participating children met the following criteria: 1) diagnosed with autism by a clinical practitioner; 2) met the minimum criteria for autism according to the Pervasive Developmental Disorder Behavior Inventory (PPDBI); 3) received a specialized autism service dog; and 4) were 10 years of age or younger at the start of the project.  Ages of children ranged from 3.3 -10 years (M = 6.9 years) at the start of the research.

The behaviors of nine children with autism (7 males, 2 females) were video-taped for six minutes immediately before and one week after receiving their service dog. Following the initial video recording, the child was introduced to the service dog at which point (s)he  was continuously tethered to the dog. The child and dog pair was video-recorded for a second 6-minute interval at the end of their first week together in the same location and under the same conditions as the initial recording. For each video clip, the inter-response time between self-stimulating behaviors was calculated. For both the pre-dog and post-dog clips, six minutes of data (in seconds) of self-stimulating inter-response times (i.e., number of seconds between self-stimulatory behaviors) was analyzed. Inter-rater reliability analyses are in progress.

Preliminary results indicated that the pre-dog inter-response time (M=17.98s, SD=10.23s) versus post-dog inter-response time (M=54.95s, SD=34.04s) was statistically significant t(8) = -2.69, p = 0.03. Congruent with previous literature, shorter incidents of self-stimulatory behaviors after the dog is introduced may be shorter because the child’s anxiety is reduced in the presence of the dog and/or because the service dog is trained to interrupt some forms of self-stimulatory behaviors. These data are part of a continuing study, so data from additional participants will be included in future analyses.

These studies have the potential to challenge and develop our existing understanding of how the abilities of children with autism change over time, how their connection with service dogs can facilitate connections with people, and how these dogs may influence many spheres of well-being. Since much of AAT research relies on single-subjects, anecdotal evidence, and temporal effects, this research contributes a much needed multi-method longitudinal approach. This research will also be of use to parents who seek to use their pet (non-service) dogs deliberately to their child’s advantage.

Dr. Ariane Schratter is an Associate Professor of Psychology at Maryville College where she teaches courses in Child Development, International Child Welfare, and the Psychology of Exceptional Children. For the past three years, Ariane has been researching the short- and long-term effects of service dogs on children with autism. 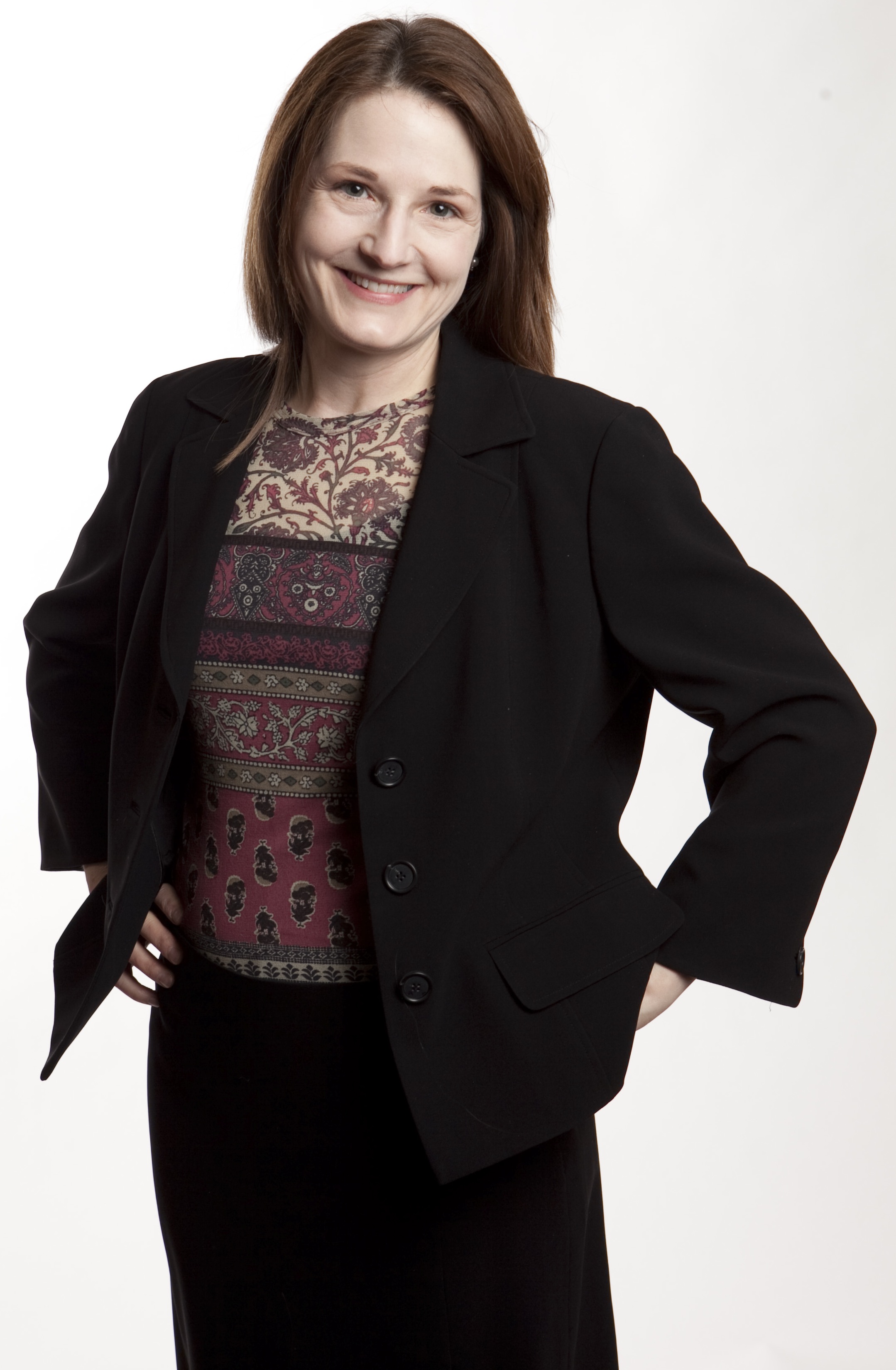 Sonia Dularam is a Senior Child Development major at Maryville College. Her senior research project examined animal-assisted therapy for children with autism. To pursue her interest in children with autism, she now practices ABA as an intern at the Marcus Autism Center in Atlanta, Georgia, working towards her BCaBA certification.
<< Previous Session | Next Session >>