Much time and energy have been spent debating which therapies are “best” for ASD. This session provides a rational framework for selecting therapies, based on the neuropsychological principles of “bottom-up” and “top-down” learning. We will explain these principles, and show how different therapies for ASD can be ranked, according to their degree of bottom-up or top-down orientation. Bottom-up and top-down approaches each have a role to play, but at different points in the evolution of a child’s ASD.

This session will advance best practices in the education of children with ASD, by providing a conceptual framework for rank-ordering therapies according to the neuropsychological principles of “bottom-up” and “top-down” learning, and by providing a rationale for matching the child’s needs and abilities to different therapies at successive points in time, based upon these attributes.

The key messages of this session are:

1. The symptoms and abilities of children with ASD evolve over time, regardless of intervention.

2. Therapies for ASD can be described in terms of their “bottom-up” and “top-down” orientation

3. No one therapy is best. Rather, at each point along a child’s developmental path, the key is to match the child’s abilities to the therapy, based on “bottom-up” and “top-down” cognitive principles.

We will begin by reviewing the evolution of symptoms in children with ASD, starting with Kanner’s original 11 patients (Kanner, 1943). As Kanner pointed out, the symptoms of ASD change over time, even in the absence of treatment. Numerous outcome studies (summarized in Coplan, 2010) have validated Kanner’s original observations:

“Between the ages of 5 and 6 years, they gradually abandon the echolalia…Language becomes more communicative, at first in the sense of a question-and-answer exercise, and then in the sense of greater spontaneity of sentence formation…Food is accepted without difficulty. Noises and motions are tolerated more than previously…The repetitiousness assumes the form of obsessive preoccupations… Between the ages of 6 and 8 years, the children begin to play in a group, still never with the other members of the play group, but at least on the periphery alongside the group [emphasis in the original]... Five of our children have by now reached ages between 9 and 11 years.... There has been a varying degree of the emergence from solitude, and acceptance of at least some people as being within the child's sphere of consideration...”

Drawing on published data as well as the author’s 30 years of clinical experience, we will present a table that suggests how the symptoms of ASD can be ranked according to chronology (youngest to oldest) and severity (severest to mildest), focusing on the social and language domains. These skills will be displayed on the horizontal (X) axis of a graph, starting with severest impairment / youngest on the far left, with increasing age and decreasing symptom severity / increasing age as one moves to the right:

The second portion of the presentation will introduce and explain the terms “bottom-up” and “top-down.” These terms reflect the psychologist’s view of the nervous system like a layer cake, with the cerebral cortex at the top, and the muscles and sense organs at the bottom. By bottom-up, psychologists mean activity based directly on input from the senses—touch, pain, smell, etc.—and other “low-level” aspects of nervous system function.  High-level activities, such as reasoning, making judgments, or planning for the future, are referred to as top-down, and originate within the cerebral cortex.  For example, when a doctor taps your arm with a hammer and causes the wrist muscle to jerk, that’s a bottom-up stimulus causing a low-level neurologic response; there is no conscious thought involved.   In contrast, when you are working a crossword puzzle, you are using your cerebral cortex, and driving the movement of your hand in a top-down manner to fill in the blanks.  In both instances, the hand moves, but in the first example it was because of a bottom-up stimulus (the doctor’s hammer), while in the second it was driven by top-down activity in the brain (filling in the answer to a clue).

Just as ordinary day-to-day activities can be ranked according to their “bottom-up” and “top-down” qualities, the behaviors and developmental needs of children with ASD shift over time, starting with a bottom-up focus, and gradually transitioning to top-down. Echolalia, and spinning the wheels on a toy, are bottom-up; they are tightly bound to specific physical stimuli, and they do not involve insight, planning, or problem-solving. On the other hand, carrying on a conversation, or making friends are top-down activities: they require problem-solving, and are not driven by physical stimuli, in contrast to bottom-up behaviors such as perseveration on a spinning object or automatic repetition of an overheard word.

Initiation.  In bottom-up therapies, the therapist sets the agenda; initiation by the child is irrelevant or discouraged.  ABA-DTT is a good example of a purely bottom-up approach: The adult issues a command (“Touch square,” for example), and rewards the child when the child executes the command. Therapies that build on activities initiated by the child (such as DIR), are a step further along in the progression. Still further along the continuum are activities such as turn-taking in a social skills group. The progression from bottom-up to top-down is marked by a steady transition from therapist-initiated, to child-initiated activity.

Comprehension.  Bottom-up therapies do not require the child to understand, or be able to articulate, the goal of the therapy.  Top-down therapies on the other hand, are designed to help the child understand the task to be mastered.  Going through the motions and merely performing the required task isn’t enough.  In the foregoing example of ABA-DTT, we do not expect the child to explain “why,” or “what it means,” to “touch square.” It is sufficient that the child follow the command. In a social skills setting, however, the goal is not just to shape the outward forms of social behavior, but to instill in the child an understanding of why certain behaviors are more adaptive than others. This does not mean that ABA-DTT is better or worse than social skills training. Rather, we would say that if a child’s behaviors are predominantly bottom-up, then the best match for that child at that point in time, is a therapy that is also bottom-up in orientation.

Strategy.  Bottom-up tasks don’t require strategizing.  They are straightforward, mechanical tasks – like memorizing the multiplication tables.  Top-down tasks, on the other hand, require us to analyze a situation and decide on the best plan of attack.  Solving word problems (“If John earns $2 per day delivering newspapers, how much money does John earn for an entire week?”)  is a good example.  It’s not enough to know that 2x7=14. It’s necessary to read the text first, figure out how to “set up” the problem, and then do the arithmetic. Similarly, complex social interactions (joining a group of children on the playground; inviting someone over for a play date) require the child to formulate a workable strategy, based on Theory of Mind skills (the ability to infer the feelings of others).

Skill level.  Bottom-up therapies frequently focus on “foundation skills,” in the belief that mastery of these skills will open the door to improved higher-level functioning.  The assumption is that the improvement of fine-motor skills through Occupational Therapy, for example, will lead to improved writing and self-care skills.  Or, that work on “sensory processing” will pay off with enhanced language and social skills. Conversely, top-down approaches usually address the goal directly, such as when a child participates in a social-skills group that directly targets social interaction directly.

The progression from bottom-up to top-down can be summarized as follows:

Next, we combine the X-axis (Severity / Chronology of symptoms) with the Y axis (Cognitive Orientation of Therapy) into a single table:

In the final portion of our presentation, we  will fill in the cells in the table with specific therapies, based upon the combination of the child’s skill levels, and the bottom-up / top-down orientation of the various therapies (ABA-DTT, ABA-NET, DIR, RDI, VB, TEACCH, OT, speech therapy, etc.). In general, children who are younger, have more severe atypicality, or who have co-existing developmental delay, will require more of a bottom-up approach. Children who are older, have milder atypicality, and/or have normal intelligence, will be better suited by a top-down approach. A toddler with no eye contact, no speech, and intense self-stimulatory behavior will need a bottom-up approach. A 6 year old with Asperger Syndrome who is first diagnosed in Kindergarten will never need such intense intervention. Rather, such a child will ease into the sequence somewhere further along the path, starting out with therapies that are far more top-down in their orientation.  Picking the right therapy as a child moves along this path is like hitting a moving target; the answer to the question “What does my child need?” will change, as the child makes progress.

James Coplan holds sub-specialty certification in Neurodevelopmental Disabilities and Developmental-Behavioral Pediatrics, and is an author. He is a member of the Child Neurology Society, and is a Clinical Associate Professor of Child Psychiatry at the University Of Pennsylvania School Of Medicine. 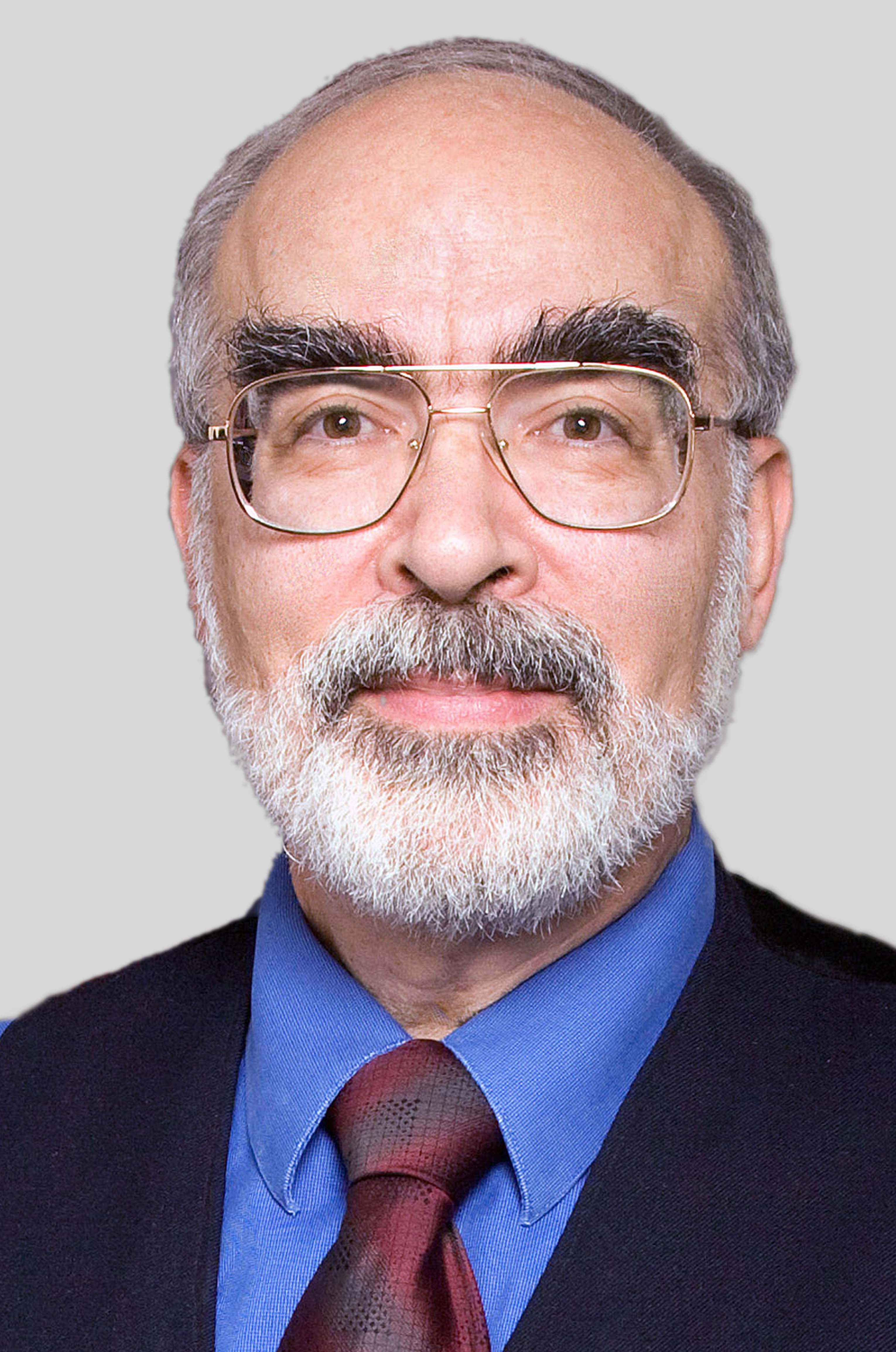